Mike Tyson wanted to face a gorilla! Back in 1989, in order to give to his former wife Robin Givens a romantic evening, he booked an entire zoo for a private visit. Waiting to return to the ring in November at 54 years-old for a meeting with Roy Jones Jr, Iron Mike told that when they arriving at the gorilla cage, they saw that the most massive of animals was a big male, which was subduing everyone the others.

AT that time 23 years-old and holder of the WBA heavyweight title, he decided to intervene: "They were so powerful but their eyes were like an innocent child - explained Tyson - So I offered the guardian $ 10,000 to open the cage and allow me to break the face of that gorilla.

He refused." Most recently, in training, Tyson appeared on Discovery Channel's Week of the Shark program. In the videos published on Twitter you can see the challenge of the champion who, accompanied by a couple of instructors, dived into the sea surrounded by sharks, even managing to immobilize one.

Who knows if his exploits with animals will become part of the film that Martin Scorsese is shooting, with Jamie Foxx in the role of the protagonist. In the past Tyson has also lived with various wild animals, and in particular tigers (three animals from Bengal, all given away.

In particular, his beloved Kenya, who had lived with him since she was a puppy, paid about 64,000 euros, also because the boxer had the habit - as told by a friend of his, Jeff Fenech - of locking visitors in the cage with the animals: "Even if there aren't many things that scare me, let's say that, when I got out of the cage, I had to change my underwear”.

Tyson also had a puma, as well as pets such as dogs or pigeons. 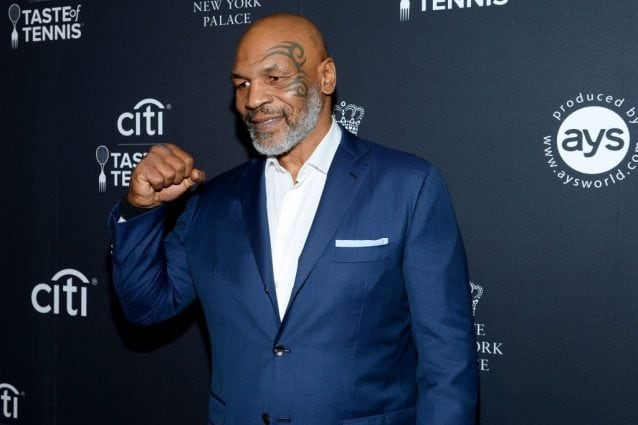 Some days ago we wrote abou the alarming WWF report. In fact, according WWF experts: "The report highlights how humanity's increasing destruction of nature is having catastrophic impacts not only on wildlife populations, but also on human health and all aspects of our lives.