The poacher was charged with ivory trafficking, arms trafficking and attempted murder of a ranger from the Nouabale-Ndoki National Park. It has allegedly killed more than 500 elephants across Central Africa from 2008 to the present, according to the Wildlife Conservation Society.

The attempted murder allegations are linked to a 2019 episode when his group, consisting of about 25 members, allegedly shot and injured some rangers, as reported by the WCS.

He was also asked to compensate the damages of 38 million Central African francs to the injured rangers. This is the first criminal conviction of a wild animal trafficker in the Republic of the Congo: previously, environmental crimes were tried in civil courts and received a maximum sentence of five years.

Emma Stokes, WCS Regional Director said: "sends an extremely strong message that crimes against wildlife will not be tolerated and prosecuted at the highest levels. We are confident that today's ruling will serve as a deterrent." 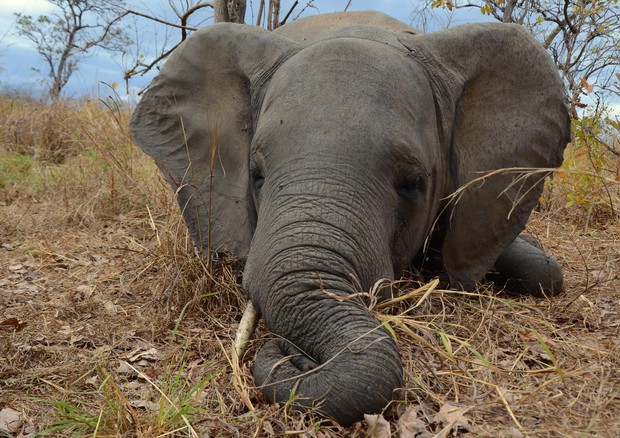 In one of our last articles we talked about WWF alarming report contains very bad news: in fact in 50 years we have lost 68% of the global wild population. According to the The Living Planet Report 2020 (WWF's annual report) that monitors global population of animals, recorded an average of two-thirds decline in wildlife this year.

If nothing is done it will lead to the sure extinction and destruction of the ecosystems on which we all depend. Research shows that implementing all of these measures will allow the world to ease the pressures on wildlife habitats, thus reversing negative trends.

According WWF: "The report highlights how humanity's increasing destruction of nature is having catastrophic impacts not only on wildlife populations, but also on human health and all aspects of our lives. We cannot ignore these signs: the serious decline in populations of wild species indicates that nature is deteriorating and that our planet is sending us red warning signals about the functioning of natural systems.

From the fish of the oceans and rivers to bees, essential for our agricultural production, the decline of wildlife directly affects the nutrition, food security and livelihoods of billions of people. The average decline of 68% over the past 50 years is a catastrophe and clear evidence of the damage that human activity is doing to the natural world.

At best, these losses would take decades to reverse, and further irreversible biodiversity losses are likely, putting the myriad ecosystem services people depend on at risk. The bending the curve model provides valuable proof to be able to hope for the restoration of nature capable of providing current and future generations with what they need: according to this model, world leaders must, in addition to their efforts to conservation, create a more sustainable food system and eliminate deforestation, a major cause of wildlife population decline, from supply chains."