Dairy calves are forced to suffer horribly only to be slaughtered and used as a main course in many dishes. Separating calves from their mothers shortly after their birth is a standard practice followed in factory farms around the world.

This causes great suffering in these poor animals, forcibly torn from their mothers, forced to live in microscopic boxes before being killed. The life of these poor animals has been repeatedly filmed and denounced by organizations, including Animal Equality, which deal with animal protection.

The calves don't even have the space to move around well in their plastic boxes and in the tiny adjacent courtyard. And the life of their mothers presents the same suffering, continuously fertilized in an artificial way in order to produce calves and milk.

Below videos and images. 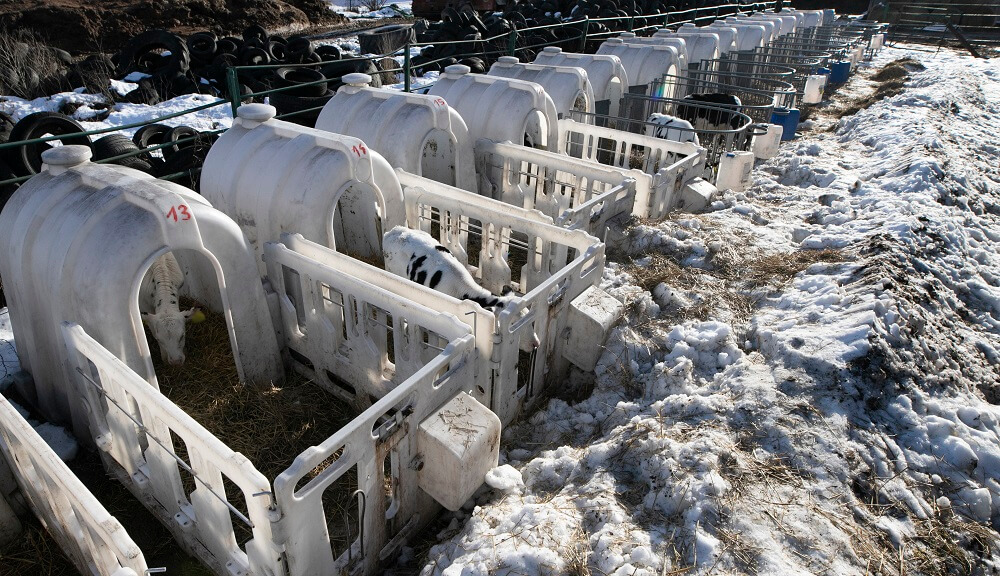