A new study conducted by the University of St. Louis in Washington shows that the wings of the male dragonfly are disappearing in areas where the climate is warmer, thus having climate change as a direct cause. The researchers observed how a rise in temperature can permanently damage the tissue of the wings, reducing the dragonfly's ability to fly and even causing them to die from excessive heat.

Now the males of the species are changing the color of their wings with less intense pigmentation. Biologist Michael Moore said: "Considering that our planet will continue to warm up more and more in the coming years, the collected results suggest a progressive disappearance of the pigmentation of the wings of the dragonfly males in response to the climate crisis.

But the adaptation of the species does not. it works the same way for both sexes: unlike males, in fact, females are not changing the color of their wings following the climate crisis. We have not yet understood why males and females of the same species are so different, but this clearly demonstrates that we cannot predict with certainty the changes of a species trying to adapt to the current climate change.

Beyond their function for reproduction, in fact, having a dark pigmentation on the wings can increase the temperature of the dragonflies up to 2 ° C more, which is a lot: while pigmentation can help males find their mates, the Excessive heat can cause them to overheat in already very hot places on the planet." 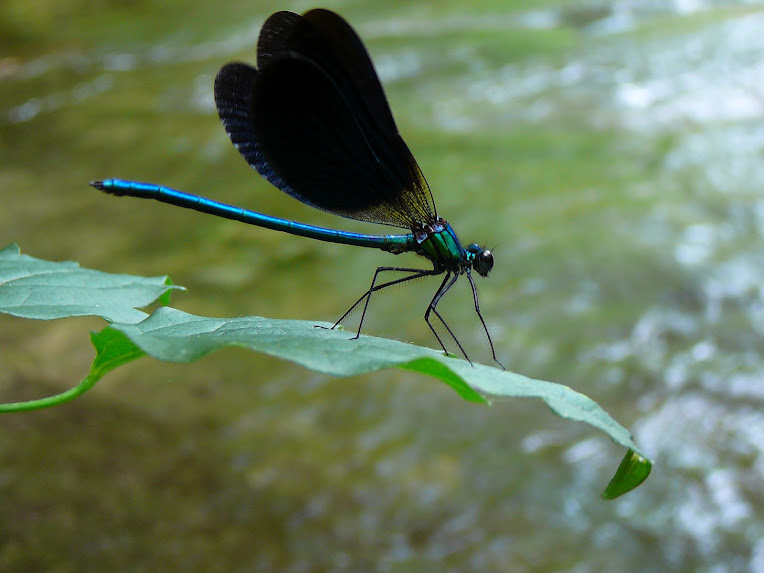 Zoo in South Africa: a tiger kills another tiger and the keeper

At the Seaview Predator Park zoo in South Africa, a long-time captive Siberian tiger leapt over its enclosure to attack their enclosure keeper, David Solomon, before attacking and killing another tiger.

Yet another tragedy involving animals or in captivity, after the one we told you a few days ago and which concerns the fight and death of an African elephant in a zoo in the UK. In zoos, any type of zoo, the animals, which are supposed to live in their natural habitats, find themselves alienated from their natural context, and appear sad, often showing very contrasting behavior.

The electric fencing in the enclosure housing Siberian tigers Jasper and Jade was in the process of being repaired when Jasper jumped on the exterior fence and got out. David was, unfortunately, in the passageway between enclosures walking towards the water supply taps when the incident occurred.

David attempted to climb the fence of a different enclosure to get to safety and was pulled off the fence by Jasper. We confirm that David obviously had bite marks but it would seem that Jasper broke David’s neck when he pulled David off the fence.

Surrounding neighbours, Kabega Park SAPS, Gardmed Ambulance Service Kragga Kamma Veterinary Hospital and Nature Conservation were immediately contacted when the incident occurred. Dr Dave from Kragga Kamma Vet was on site to tranquilise Jasper and Amber so that the remains of David could be safely retrieved as well as the remains of Judah, the tiger that was killed by Jasper.

David Solomon had been at the Seaview Predator Park for about 15 years and knew each of the animals since they were cubs. We are all one big family and the loss of David has left every single one of us heartbroken and traumatised, specifically the staff members and volunteers who were present when the incident occurred.

David’s presence, jokes, willingness to teach our young volunteers and overall bubbling personality is going to be missed so much and we send our heartfelt condolences to his family and close friends. May his dear soul rest in peace.

We would like to confirm that all the large cats are safely contained in their enclosures and the electric fencing is fully functional. Jasper’s incident is a first at the Park and was obviously fuelled by hormones. Jasper is now quite calm and content sharing an enclosure with Amber and there are no plans to destroy Jasper.
We apologise to our visitors who had their visit cut short yesterday by the incident and would like to assure future visitors that they are quite safe.

At no stage yesterday was any member of the public in any immediate danger and our request that visitors leave immediately is standard Protocol should such an incident occur. To the guests at the restaurant who offered assistance and kept our young visitors and resident children occupied while we were handling the emergency, thank you for your kindness and support."