More than a billion marine animals have died along Canada's Pacific coast, for the last week's record heatwave. Christopher Harley, marine biologist at the University of British Columbia. Over western Canada and the northwestern United States temperatures up to 50°C, with hundreds of people died in the British Columbia.

Harley said: "The shore usually doesn't creak when you walk on it, but now there are so many empty mussel shells scattered everywhere that you can't walk on animals dead. When temperatures exceed the current ones the conditions become unsustainable."

The mass death of crustaceans represents a double alarm, as it would also affect the quality of the water: mussels and clams help filter the sea, Harley recalls, keeping it clear enough so that the light helps to create an ideal habitat also for other species.

Harley added: "A square meter of mussel bed could house several dozen or even a hundred species." . While mussels can regenerate within two years, starfish and clams live for decades and reproduce more slowly: their recovery will therefore take longer.

In that the area seems destined to have to adapt to sudden and prolonged heat waves, the result of climate change. Meanwhile, another heatwave is expected over the western United States and southwestern Canada next week. Harley concluded:"The green and nerdiest part of me is interested in seeing what happens in the next few years.

But the other part of me is worried: many species won't be able to keep up with the pace of change. Ecosystems will change in ways that are really hard to predict. We don't know what the point of no return is." 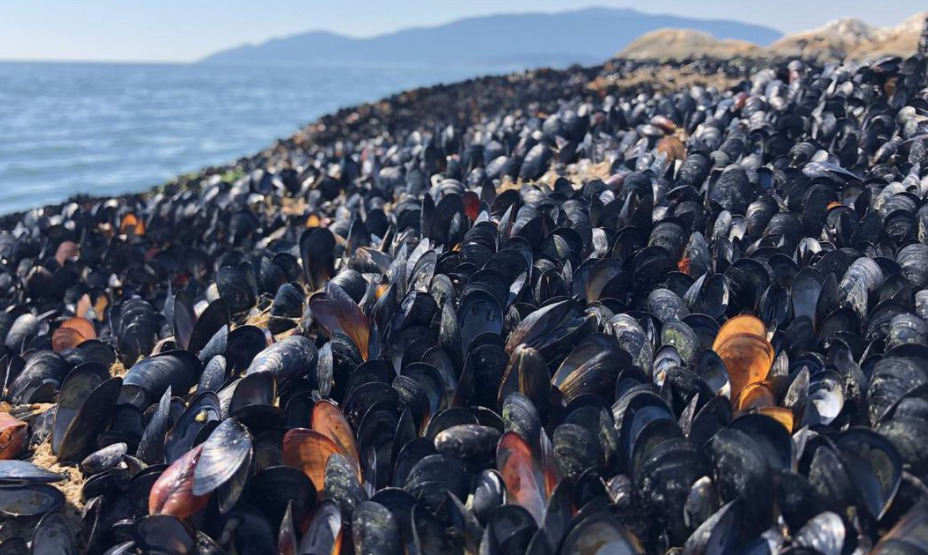 Heat wave up to almost 52°C on its way to Southern Europe!

A thermal anomaly between the Sahara and North Africa, over Tunisia and Algeria, with excaptional heat peaks of 51.3 degrees in on its way to Southern Europe. This heat wave has pushed north up to unusual latitudes and in the next few days there could be a data that in some ways can represent a record, that is a temperature of +30 degrees at 1500 meters on the Mediterranean Sea up to Sicily, in Southern Italy.

The extremization and tropicalization of the climate that the our country, in the middle latitudes, is suffering perhaps even more than others. And this Summer 2021 will be an example. From a climatic point of view, this anomaly is clearly one of the many symptoms of the global warming and the cliamte crisis.

From a weather point of view, this anomaly will accentuate the contrasts with the cooler air that is about to arrive from the north from the Atlantic in the form of hail, storms and pure tornado and Italy will in the middle between two opposing forces.