"The resurrection of this species is really good news in the face of the very serious impoverishment of the Australian natural environment due to European colonization. Unfortunately, it is estimated that 41% of Australian mammals have become completely extinct after the advent of European colonizers in 1788.

It is fantastic that Gould's mouse is still alive, although its extinction from the mainland highlights how quickly this species went from being one of the most widespread in Australia to being confined only to small western areas.

Researchers, by comparing DNA, found that the Gould mouse was genetically the same as the Shark Bay mouse, which still lives on several Australian islands. In practice, even if these two animals were considered exponents of two different species, they actually belong to the same species.

It was believed that this mouse was definitively extinct following environmental changes due to the European colonization of its territory. 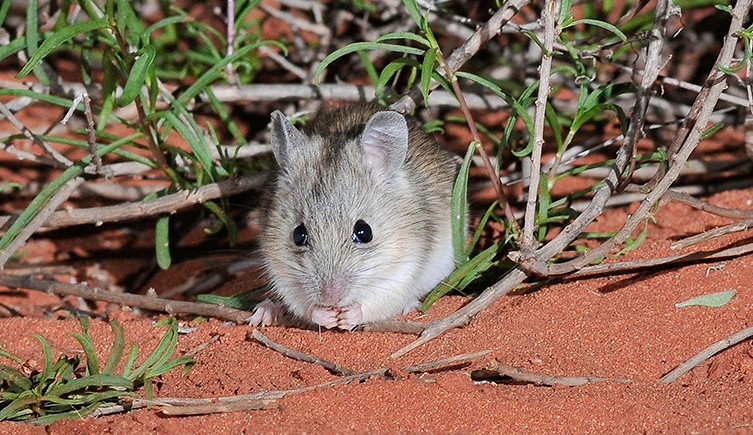 The endangered quokka and its survival

Today quokkas are recognized as vulnerable creatures by the IUCN and the Australian Department of Environment and Energy.

Their numbers are dwindling. The IUCN estimates that there are between seven thousand and five hundred and fifteen thousand mature adults in nature. The vast majority are on Rottnest Island. There is also a protected population on the bald island and there are some colonies scattered in mainland Australia as well.
The quokka lives in a small and restricted area in southwestern Australia.

However, agricultural development has reduced the areas inhabited by the animal, thus contributing to the decline of the species. The deforestation and fires of the few remaining marsh areas have aggravated the situation. In 2015, a fire in Western Australia decimated 90% of the local quokka population, rising from 500 to 39 in one fell swoop.

Complicating matters was both man for introducing cats and dogs and dingoes. They are animals that manage to live on average for 10 or 15 years. In captivity, however, this time is halved. Quokkas live in colonies without much socializing with each other.

They live solitary lives and cross only for food and safety reasons. On the Australian continent it reproduces all year round while on Rottnest Island only towards the end of the summer, giving birth to a single puppy that she will carry in her pouch and which she will care for for about a year.

The quokka can swim but spends most of its time above trees and shrubs. This animal loves to climb and can do it until it reaches 2 meters in height. He doesn't like being very exposed and standing in large, open spaces.

It prefers environments where it can hide from predators and the elements. If fresh water is scarce it can remain hydrated only through plant nutrients. It is herbivorous and feeds on herbs, leaves, shrubs and plants.