In Italy, especially in Sicily, the animals have suffered these days from extreme temperatures, even higher than 45°C in the shade. One of the animals that suffered the most from this oppressive coat was the swift. In Ragusa over 700 swifts have fallen from their nests due to the exceptional heat, risking death.

An association of volunteers in the area is working to recover and save these beautiful birds, which are however very many compared to the small forces of volunteers, who have to feed and water them. The volunteer association said: "We have had an exponential growth in the fall of swifts from the heat, but above all from the wild pest control.

If you find a small swift on the ground, the first thing to do is to hydrate it under a trickle of water and take it to our facility, where they are fed exclusively with insects enriched with vitamin B. Do not give them meat, bread or dry food for dogs and cats.

Here over 700 specimens are fed one by one. We need your hands and we ask you to come to donate a quarter of an hour, half an hour of your time and have an extraordinary sweet experience because alone they would not be able to get by.

Then they will be released into nature." 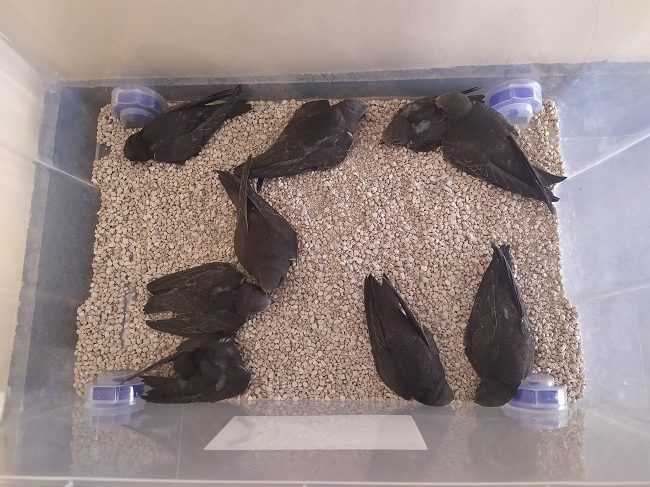