As our Italian colleagues already Greenme.it reported, according to an interesting study by the French NGO Robin des Bois, also published in the Guardian, two livestock carriers were seized with hundreds of dead animals inside.

These two ships were supposed to carry live animals, but in reality the poor animals were in desperate condition, and the real purpose of these two ships, as suspected by the Spanish police, was the transport of smuggled drugs.

On the first ship, the Neameh, bound for the Egyptian port of Damietta, many of the approximately 4,000 cattle on board were found dead or dying as they lay in their own excrement. The stench was so strong that even drug dogs couldn't help.

The second ship, the FM Spiridon, bound for the Egyptian port, had about five thousand head of cattle on board. Inside, Spanish police found dead and sick or dying animals. In both cases, in short, the drug has never been found, but the authorities and experts know it for sure: the smuggling of drugs and more on ships and trucks carrying livestock has always been and still remains an increasingly option. 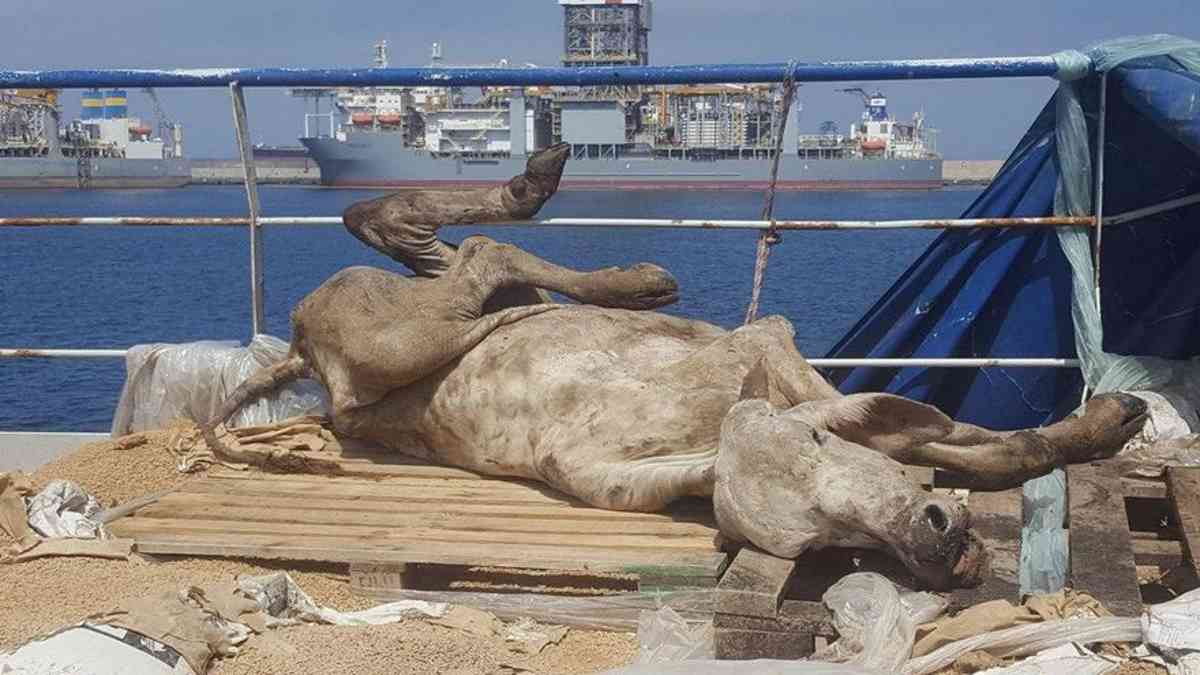 A turtle died suffocated by plastic in the adriatic sea, in Italy, in Veneto. The discovery of the body was made by a sailor who was sailing in that stretch of sea.

The sea turtle is one of the species most at risk of being ingested and trapped by plastic waste dispersed in the sea. Sea turtles are animals that have adapted to aquatic life thanks to the elongated shape of the body covered with a sturdy shell and the presence of legs transformed into fins.

At birth it is about 5 cm long. The length of an adult specimen is 80 - 140 cm, with a variable mass between 100 and 160 kg. The head is large, with a very curved rostrum. The limbs are very developed, especially the forelegs, and have two nails in young individuals which are reduced to one in adults.

Lateral bridge between carapace and plastron with three (rarely 4-7) inframarginal shields in contact with both the marginal shields and those of the plastron. Young specimens often show a notched dorsal keel which gives it a sawback appearance.

Males are distinguished from females by the long tail that develops with the attainment of sexual maturity, which occurs around 13 years of age. The nails of the forelimbs in the male are also more developed than in the female.

They are omnivorous animals: they feed on molluscs, crustaceans, gastropods, echinoderms, fish and jellyfish, but everything has been found in their stomachs: from plastic bags, probably mistaken for jellyfish, to caps and other plastic objects, hooks exchanged for fish, nets and threads mistaken for algae.