Truly alarming figures on the survival of this beautiful and vulnerable primate species were revealed during World Orangutan Day. IUCN said orangutan is dying out, putting the animal on its red list. Up to 100 years ago there were more than 230,000 specimens of the species, now it is estimated about 104,700 specimens of Bornean orangutan, 7,500 of Sumatran orangutan and 800 of Tanopuli orangutan, the most endangered species among the great apes.

Poaching is doing its bad part. Many orangutans are captured and sold on the black market to end up in the hands of hunters of rare and exotic animals, many others are exterminated because they are considered a threat to farms and crops.

The disappearance of the rainforest, the natural habitat of the orangutan, supplanted by pastures and fields for the cultivation of palm oil palm, drastically reducing the area essential for the survival of the animal. A truly dramatic end. 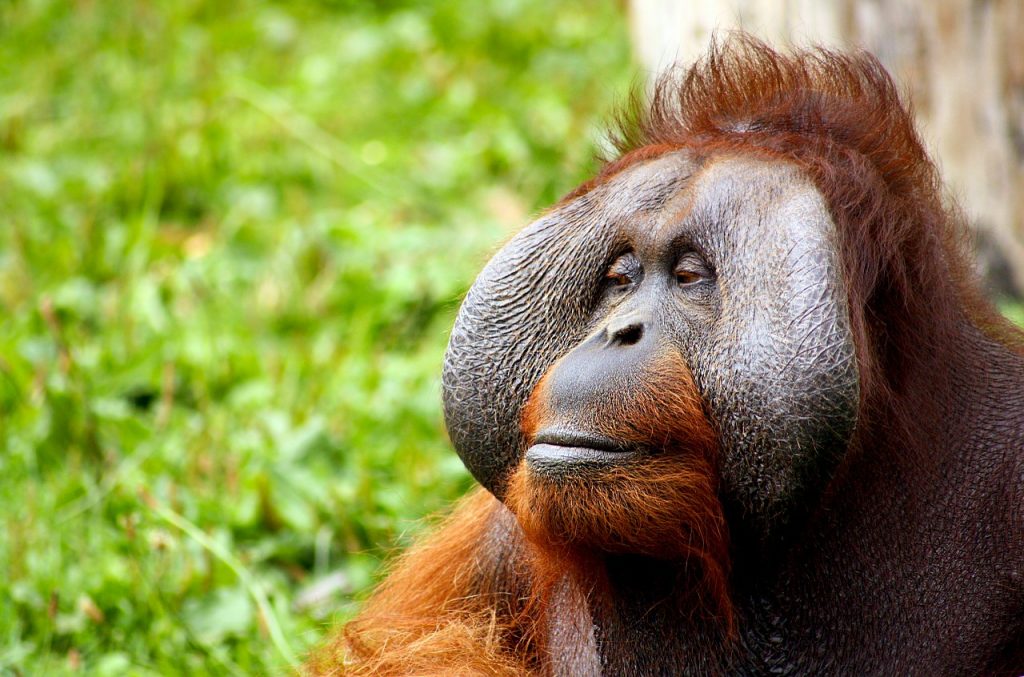