At the end Judy is dead, the oldest chimpanzee in Europe, the first primate to arrive at the Parco Natura Viva in Bussolengo, in the province of Verona, in Italy. Judy, who would have turned fifty next year, went to meet Davidino, the dominant male, to greet him, then she lay down under her tree and died.

Her companions, her primates, rhyme with her, try to wake her up, then shelter her and finally the group of chimpanzees launches a request for help to the ethologist who has in the meantime arrived on the public path, towards which they drag lifeless Judy.

A story that moved everyone. 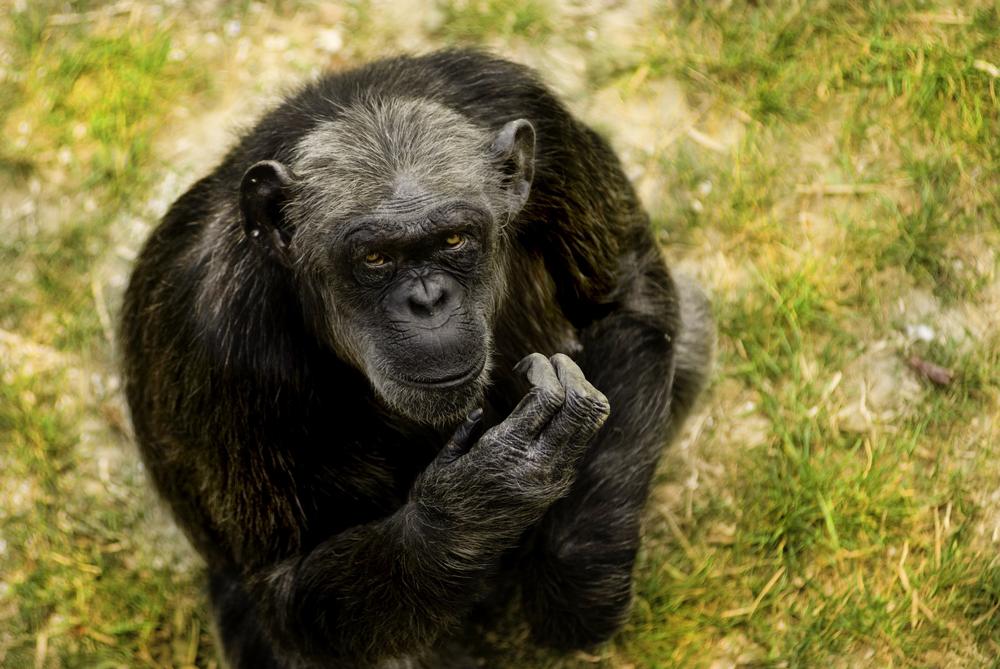 A gigantic iron mine in Guinea threatens to permanently extinguish the chimpanzee, already at risk of extinction, being on the IUCN red list.

Building the necessary infrastructure would cost many animal lives and the destruction of a habitat that is now small and essential for the small number of chimps left. The unexploited iron mine, the largest in the world, is located in the Simandou mountains, and is now owned by China, despite being in Guinea.

The deposits contain more than 8.6 billion tons of iron ore with an average mineral content of 65%. According to the IUCN, in 2016 the population of western chimpanzees decreased by 80% from 1990 to 2014. It is therefore one step away from extinction in the wild.

The entire area of ​​Guinea is home to nearly two-thirds of the remaining 52,800 western chimpanzees estimated to be in the wild,. According to a Reuters analysis of satellite images provided by Planet Labs, extensive tunnel work has been underway for several months.

An image from June 28 shows two main construction areas at either end of the tunnel, connected by a new access road through the mountains. To carry out the construction of the infrastructure, the Chinese must blow up a railway tunnel in what is the habitat for a species of chimpanzee in danger of extinction. Unbelievable but true: it would seem that the permissions would be given.