In UK, at the zoo of Chester, came a rare species of frog from South America in danger of extinction. It is the Titicaca frog, animal which lives in the waters of the homonymous lake on the border between Bolivia and Peru. It and is the largest aquatic frog in the world.

She was immediately enthusiastically welcomed by the zoo visitors.This specimen spends most of its life at the bottom of the lake, absorbing oxygen from the water thanks to the skin folds on its back. On the sides of the body and on the hind legs.

they allow you to breathe through the skin without having to re-emerge. A physical characteristic that has earned her the nickname of scrotum frog. 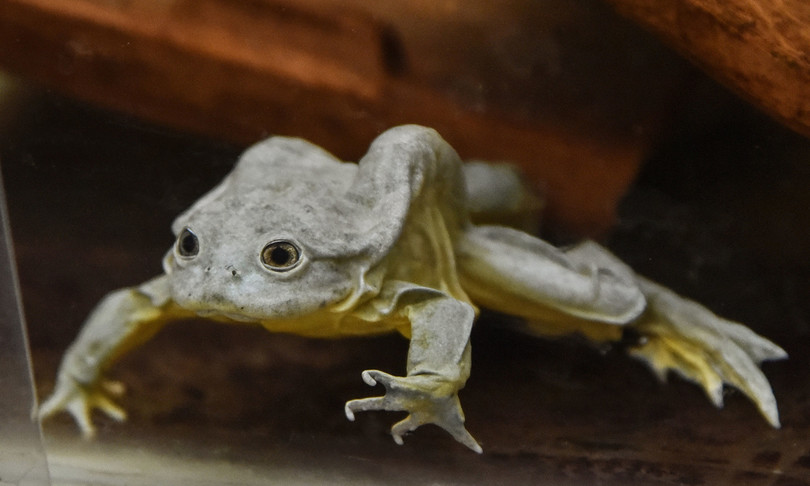 According to the first results of a study begun in 2018 to investigate the impact of pollution on bear seal specimens in Namibia, researchers have documented hundreds of dead Cape fur seal strangled by fishing nets or fishing lines.

The trapping rate is 1 in every 500 animals. Of the 347 trapped animals recorded by researchers between 2018 and March 2020, only 191 were rescued and survived after the cares. Tess Gridley, co-director of the Namibia Dolphin Project, said: "Once trapped, these animals face an uncertain and very painful future.

Finding food becomes much more difficult, injuries from fishing nets can become deep and debilitating. and in many cases cause death. Plastic pollution, and especially fishing accessories lost at sea, have a huge impact on the marine ecosystem: a change in policy is needed, such as the provision of incentives to collect dispersed networks, but also the use of alternative materials to plastic."

Cape fur seal is not an endangered species, but plastic pollution and the presence of objects used for fishing are causing death and suffering for these beautiful animals. Biology of the Cape fur seal Cape fur seal has a big and wide head and a pointed snout.

Males range in color from brown to dark gray, but have a darker mane and light underparts. They reach 2.2 m in length and weigh 200–360 kg. The color of the females varies between gray and light brown; the lower regions are dark, while the throat is clear.

They measure 1.7 m in length and weigh an average of 120 kg. At birth, the cubs are black, but turn gray with pale throats after moulting. Cape fur seals feed mainly on bony fish, but also on cephalopods, crustaceans and even birds.

This hunting was only banned in 1923 and the populations of these pinnipeds are still recovering. Breeding sites are protected by law. However, the Tasmanian government, in October 2000, authorized the killing of harmful sea lions. The South African fur seals, despite the annual slaughter, still enjoy a very large and healthy population.