Iceberg A-68a was an iceberg that broke off the Larsen C ice shelf on the east coast of the Antarctic Peninsula in July 2017. At the time of its formation, the iceberg weighed more than a trillion tons and was about over 200 m, with an area of ​​over 5800 km².

Furthermore, the A-68a is one of the largest icebergs ever observed, second only, for now, to the B-15 iceberg, which broke away in March 2000 from the Ross barrier, which had an area of ​​about 11,000 km². New research has managed to estimate the amount of water released by the huge glacier, which allegedly flooded the waters around a remote Atlantic island.

According to monitoring systems, icebergs released a staggering 152 billion tons of fresh water around the remote South Georgia island. 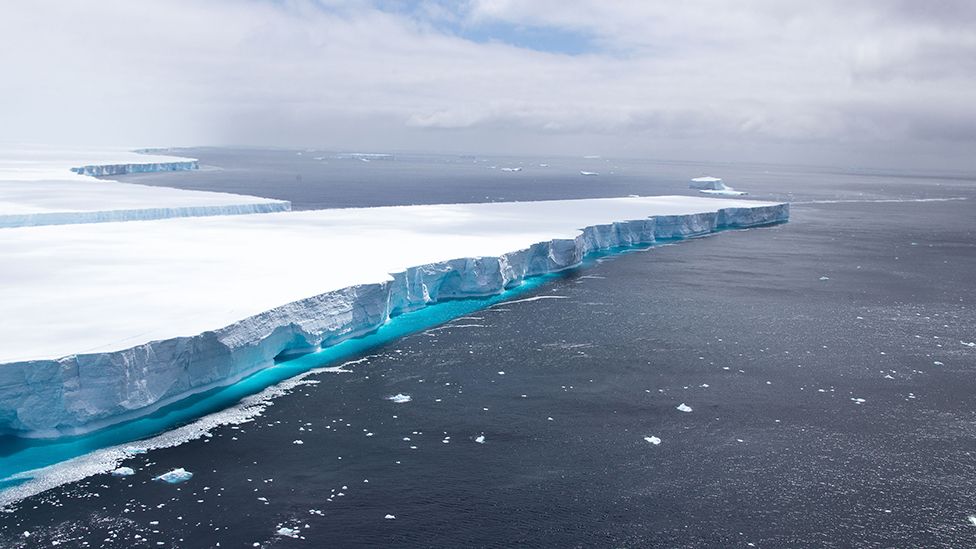 Scientists are concerned about the massive amount of freshwater being released into the environment, which could affect marine habitats around the island. According to Anne Braakmann-Folgmann, a glaciologist at the University of Leeds: "This is a large amount of meltwater and the next thing we want to know is whether it has had a positive or negative impact on the ecosystem around South Georgia.

Measurements Frequents allowed us to follow every movement and break in the ice as it slowly moved north, where it then gained speed and came very close to South Georgia Island. " (Pic by European Space Agency) The fear raised by the formation of the iceberg in the scientific community was also given by the fact that, once the iceberg broke off, its corking effect had ceased, hindering the progress of the ice of the Larsen platform into the sea.

This would have in fact led to an acceleration of the melting of the ice of the latter and therefore of the rise in sea level. In 2020 A-68a had arrived just 60 km from the coast of the islands, when it was announced that a new piece, named A-68D, had probably detached as a result of a collision with the seabed, and that the threat of a grounding it had however diminished.

With the passing of days and months, the iceberg has increasingly fragmented and moved away from South Georgia, continuing to move north, so much so that by January 30, 2021, the A-68M fragment was reached.