The population of small, medium and large corals that inhabit the Great Barrier Reef, in Australia, has drastically decreased in the last thirty years. It was revealed in a study conducted by the experts of the Arc Center of Excellence for Coral Reef Studies and publishedby the Royal Society B reveals.

Authors of the study said: "There are so many publications on changes in the structure of human or tree populations, but there is still no equivalent information on populations of corals. We measured the changes in the size of the colonies because population studies are fundamental to understand the demographics and feeding capacity of corals."

Rxperts said the cause is the significant increase in the temperature of the waters that caused the so-called whitening of the corals, ie the death of the algae that live in symbiosis with them and that produce their nourishment.

Half of the Great Barrier Reef has been lost

The decline was recorded in both surface and deeper waters and practically all coral species, but especially Acropora florida and table-shaped corals, which were the most affected by the record warming that triggered mass bleaching in 2016 and 2017.

Authors of the study focuse on the variations in the size and distribution of coral colonies over the entire length of the reef between 1995 and 2017. a decrease by more than 50% since the 1990s. The decline of corals also has consequences for other inhabitants of the sea: the structures created by corals, in fact, are also fundamental for the survival of fish and crustaceans, and their disappearance causes, in a cascade, a decrease in the abundance of fish and therefore also of the productivity of fishing in the coral reef.

The results of our study show that the Great Barrier Reef is losing its resilience compared to the past, as both large and small coral populations have declined. There is an absolute need for more in-depth population studies to better understand how and to what extent these structures are changing and what to do to stop the decline. 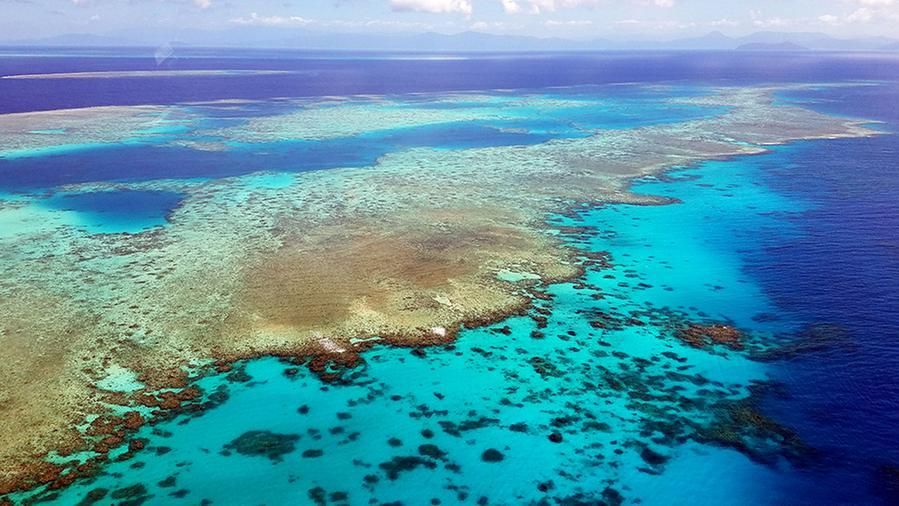 Some days ago we told you how US wildfires, which are ravaging California, Oregon and Washington State, could be the result of climate change. The rope has also been spotted from New York, on the other side of the country, and the cloud should even reach Europe these days.

A truly disturbing scenario. These fires are a clear sign of alteration. Climate change is already underway, the climate crisis has arrived. And it can no longer be just a concern for the future. Climate change is a factor that increases the risk of forest fires.

This summer’s record heat hit much of the western United States; California was the highest temperature in the world (54.4 degrees) and extreme drought conditions across the western part of the country. Toxic and unbreathable air, fiery red skies: over 13,000 square kilometers have burned in California this year.

With the temperature rising and no significant precipitation, authorities have said the fires won't stop anytime soon. In Oregon and Washington state, fire has invaded major population centers. According to the National Interagency Fire Center, twelve fires in Oregon have destroyed nearly four thousand square kilometers.

In the three states of Oregon, Washington and California, fires have burned more than 24,000 square kilometers and there are still about 59 fires not contained. At least 35 people died. There is still hell in the forests of the Sierra Nevada and in the Cascades of Oregon and Wshington.

With a certain regularity, lightning set off the fire that helped to clear fallen trees and dead vegetation. The work of firefighters is made even more complicated by the speed with which fires are spreading. Within hours, the flames in Oregon have gained thousands of miles of land.

Over three thousand square kilometers burned in the space of 72 hours. Climate change is also one of the fields in which US President Donald Trump and Joe Biden will clash for this fall's elections - a sensitive issue that is splitting the two factions.