The negative effects of climate change cause entire human communities to move towards habitats specific to animal species. Now experts said much of the permafrost, the perpetually frozen ground of the Arctic regions, could melt.

A study of University of Oulu and Northern European universities revealed that in one within 50 years about half of the permafrost is at risk of melting, with a significant increase in greenhouse emissions. as a large amount of carbon is stored in the ice.

Scientists looked at particular traceable structures in the soil that makes up permafrost. Among these are mounds of ice covered with earth, ice wedge polygons, which are raised cracks in the ground filled with ice, and rocky glaciers.

Permafrost is a perennially frozen ground, which makes up about a quarter of the regions of the northern hemifer and in the high mountains. Soil is located just below the surface of the soil, which is not necessarily always frozen, and has been formed over thousands of years due to the accumulation of ice.

Permafrost remained intact since about 10 thousand years ago. However, permafrost is not indestructible and global warming could damage it and rapidly cause partial melting, with important consequences for ecosystems globally.

For this reason, the reduction of perennially frozen areas has long been the subject of studies by scientists. 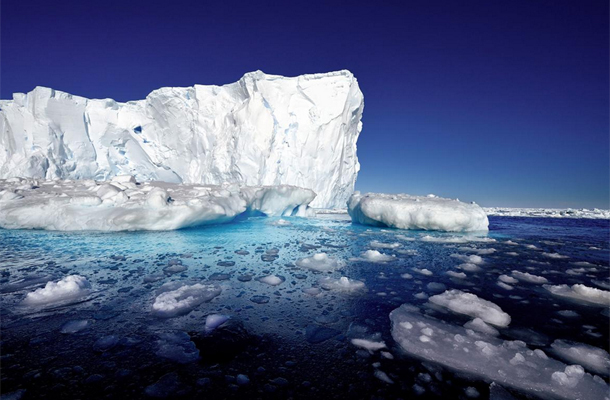 Melting ice threatens London, New York and Tokyo. According to the Research Institute on the Climate Impact of the University of Potsdam and of the Columbia University, these would be some of the most famous cities to be hit hard by the future sea level rise.

There will be, with an increase of 4 degrees in global average temperatures compared to pre-industrial values. The most likely scenario, on the other hand, would jeopardize the survival of many important cities such as London, Mumbai, New York, Shanghai.

Long-term change is not rapid, but it is forever irreversible, the researchers explain. The point of no return is indicated in the model in the increase of 10 degrees, a critical threshold that would correspond to the disappearance of the ice in Antarctica.

The consequent rise in sea level would have disastrous consequences on the cities closest to the coast. University of Potsdam experts said that what we lose now of Antarctica is lost forever: "Antarctica contains more than half the fresh water of the Earth, frozen in a vast ice cap that is nearly 5 kilometers thick.

As the water and atmosphere of the surrounding ocean warm up from human emissions of greenhouse gases, the white cover at the South Pole loses mass and eventually becomes unstable. Due to its vastness, Antarctica's potential for the contribution to sea level rise is enormous: already at 2 degrees of warming, the melting and accelerated flow of ice into the ocean will eventually lead to 2.5 meters of level rise.

At 4 degrees, it will be 6 meters and a half and with 6 degrees of almost 12 meters. Our simulations show that once melted, the ice would not return to its initial state, even if the temperatures were to drop again" Things could go otherwise only if temperatures returned to pre-industrial levels: "A scenario highly unlikely," said experts of the Universities.