Brazilian President Bolsonaro used COVID-19 as an excuse to step up deforestation in the Amazon, to pursue that economic development even in the most remote areas of the country. The pandemic helped Bolsonaro dismantle environmental protection laws.

49% of these changes were voted in the hardest 7 months of the coronavirus pandemic, between March and September 2020: 57 laws that threaten the environment and biodiversity. According to the DETER monitoring program, conducted by the Brazilian space agency, Bolsonaro's 2-year mandate was the worst in terms of environmental performance in the country.

The study said: "The current administration is taking advantage of the COVID-19 pandemic to intensify a model of weakening environmental protection in Brazil. This has the potential to intensify continued biodiversity loss, greenhouse gas emissions and the likelihood of others.

outbreaks of zoonotic diseases and inflict substantial damage on traditional and indigenous populations." 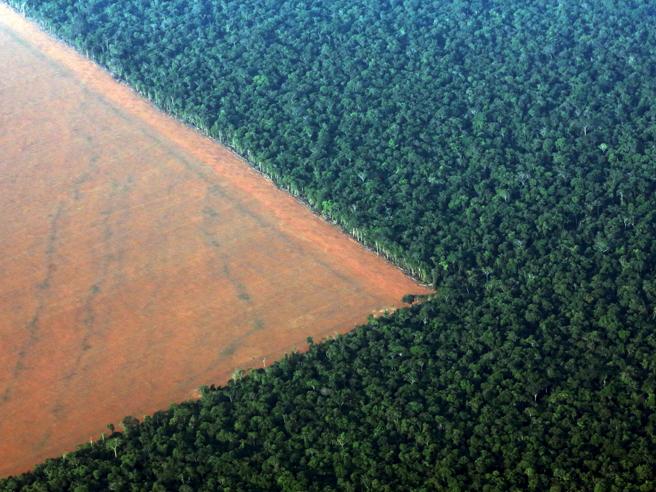 Kew Gardens: a treasure chest for the future

Kew Gardens are a magical place, where science, nature and the fight against climate change come together in a mix that acts as a real treasure chest for the future.

A bit of history Kew Gardens originate from the exotic garden of Kew House created by Lord Capel of Tewkesbury, later enlarged by Princess Augusta, widow of Frederick of Hanover, Prince of Wales, for whom Sir William Chambers built several new structures, among which the pagoda currently remains Chinese of 1761.

George III enriched the gardens, aided by the skill of William Aiton and Sir Joseph Banks. The old Kew House was demolished in 1802. The Dutch House was commissioned by George III in 1781 as a nursery for royal children. It is a simple brick structure known today as Kew Palace.

In 1840 the gardens officially recognized the status of a National Botanical Garden. Under the direction of William Hooker the surface of the gardens was increased to 30 ha and the adjoining arboretum extended to the current 130 ha.

During the 19th century, Kew Gardens was the place where the effort to grow the rubber tree outside South America was first crowned with success. In 2000 they became promoters and then coordinators of the Millennium Seed Bank Project, a seed bank project for the protection of seed biodiversity.

In July 2003, Kew Gardens were placed on the UNESCO World Heritage List. The highlights In the southeast corner of Kew Gardens stands the Great Pagoda, erected in the year 1762, inspired by the Chinese Taa model. The lowest of the ten octagonal floors has a diameter of 15 meters.

The entire structure, from the base to the highest point, is 50 meters high. Each floor ends with a hanging roof, according to Chinese custom, covered with iron plates painted in different colors, and around each of them there is a gallery surrounded by a railing.

All corners of the roof were adorned with large dragon heads, eighty in all, covered with thin glass of various colors; today they are all ruined. The walls of the building are made of very hard bricks. The staircase develops in the center of the building.

The Palm House was built by architect Decimus Burton between 1841 and 1849, and was the first major architectural work to use large-scale iron structures. It has become the symbol of Kew gardens. It was created specifically to house the collections of exotic palm trees that were introduced to Europe in the Victorian era.

Inside, conditions similar to those of the tropical forest have been recreated. It is home to numerous species of palms and cycads, divided by geographical areas, many of which are threatened with extinction in their natural environment.

The Temperate house consists of a central block, built between 1859 and 1869, at the ends of which are two octagonal greenhouses, added between 1860 and 1899. The entire structure covers an area of ​​4,880 m², approximately double the size of that of the Palm House.

It hosts numerous species of the different temperate zones of the world. Among them, the Jubaea chilensis, the largest indoor palm in the world, deserves a special mention. Commitment to the future Kew is a major seed collection center; has one of the most important seedbanks.

Together with Harvard University Herbaria, and the Australian National Herbarium, they cooperate with the IPNI database to produce an authoritative source of information on plant nomenclature.

TODAY'S MOST POPULAR
CLIMATE CRISIS
3% of ecosystems are intact: the rest is climate crisis
Over 1.5 °C: the Paris threshold will be exceeded
THIS WEEK MOST POPULAR
ANIMALS
Bald Eagles are dying from rat poison
Japan will release contaminated water from Fukushima into the sea
Colorado River towards the total loss of water
Pets and Therapy Animals in the Hospital
Dog-assisted in care homes: what you need to know
Himalayan forests burned by wildfires
Microplastics in the air have contaminated the entire US