A giant iceberg broke off in Antarctica on the western side of the Ronne ice shelf. Now the large iceberg, named A-76, is sailing in the Weddell Sea, where Ernest Shackleton's Endurance drifted. A-76 measures 4320 square kilometers: 175 kilometers long by 25 kilometers wide.

Satellite images from the European Space Agency's Copernicus Sentinel-1 mission identified the glacier, the largest ever seen. Another iceberg, A-74, broke off the Brunt ice shelf on February 26. This is another direct consequence of the climate crisis.

The temperature of the oceans affects the melting of the ice: the most dangerous consequence for human life is the rise in sea levels.7 Some glaciers along the Antarctic Peninsula have undergone rapid disintegration in recent years. 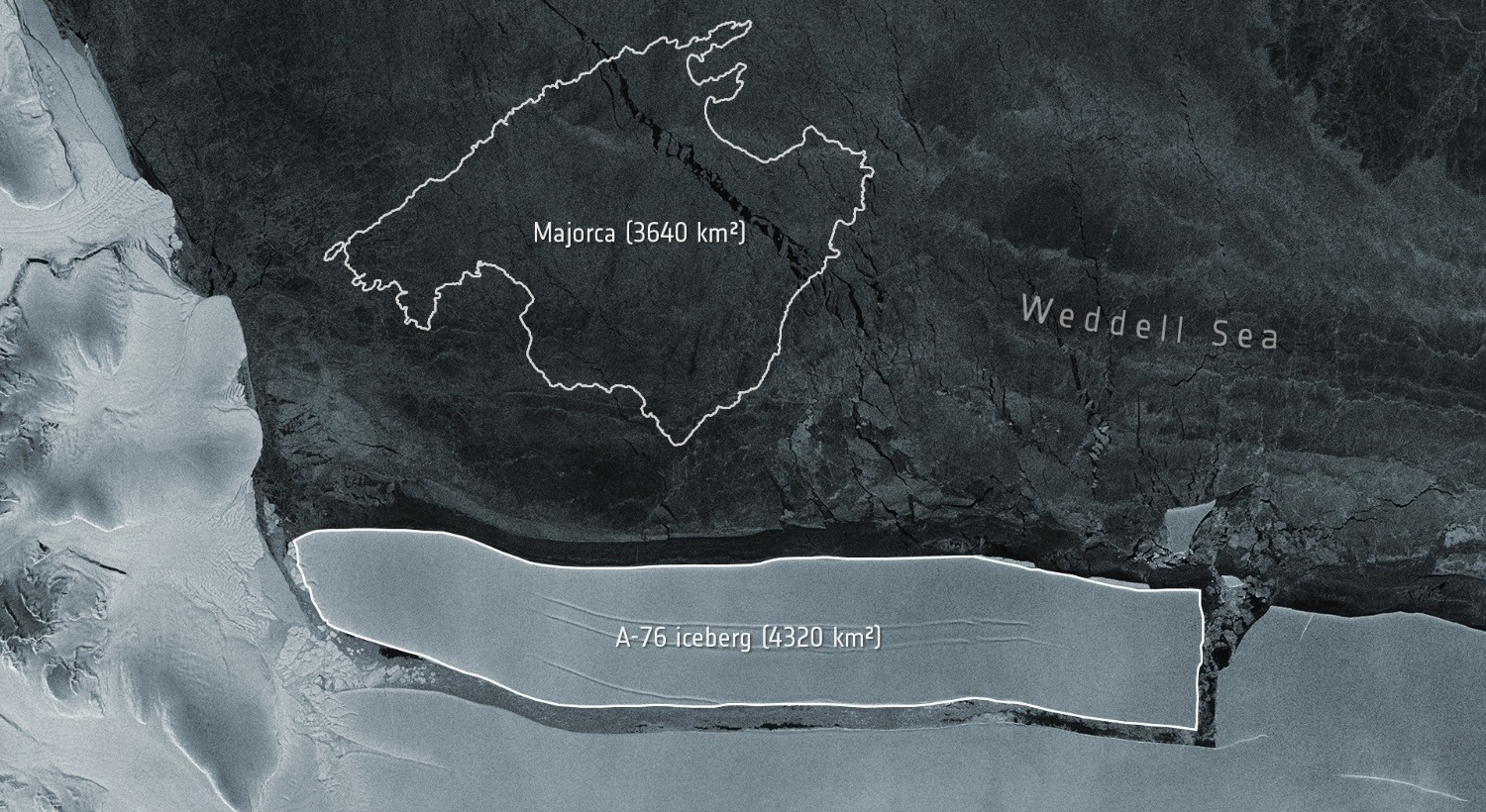 Thwaites, the Antarctic glacier that threatens the earth

Thwaites, an incredible, gigantic Antarctic glacier, according to climatologists and glaciologists from The International Thwaites Glacier Collaboration, would pose a serious threat as its melting could happen faster than expected.

This is confirmed by the data collected thanks to an autonomous Ran submarine robot, sent by the same experts, which went to the site to obtain as much information as possible, including the temperature, salinity, strength and oxygen content of the currents.

oceanic that head and subsequently penetrate under the glacier. Scientists wrote: "A greater influx of hot water has emerged than previously thought, triggering concerns about faster melting and accelerating the flow of ice into the sea."

Thwaites covers about 120,000 square kilometers: the possible consequences of its dissolution at sea could be disastrous. The most serious effect would be represented by an early rise in sea levels around the globe of 65 centimeters, with serious risks especially for the inhabitants who live in the coastal areas of Florida, the Pacific islands, Southeast Asia, but not only.

TODAY'S MOST POPULAR
CLIMATE CRISIS
Marine microbials threatened by global warming
Atlantic fish and their resilience
THIS WEEK MOST POPULAR
ANIMALS
USA: dog abandoned at the airport by his family
Philippines: man attacked by a crocodile after trying to take a selfie
Mental health effects of pet death during childhood
The bigger owl in the world faces extinction
Marine microbials threatened by global warming
Numbers of the Siberian Tiger are growing!
India: rare black panther sighted in Bengal