The feared fire alarm is triggered in the country with the first outbreaks. The residents of Lytton, the Canadian town that in recent days recorded the highest temperature in the history of the country (49.6 ° C) were forced to evacuate due to a fire. 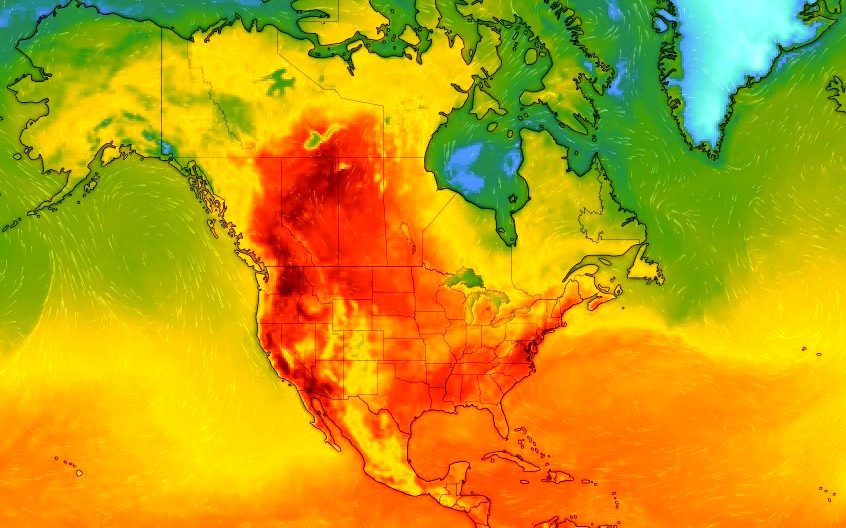 What are the effects of global warming on mortality?

If greenhouse gas emissions continue to rise throughout the century, there will be a 6.4 percent increase in mortality worldwide.

The consequences of global warming are often difficult to understand, but will soon come to directly affect the lives of people around the world. The study: The effect of global warming on mortality, published on the Early human development, said: "There is a significant relationship between ambient temperature and mortality.

In healthy individuals with no underlying co-morbid conditions, there is an efficient heat regulation system which enables the body to effectively handle thermal stress. However, in vulnerable groups, especially in elderly over the age of 65 years, infants and individuals with co-morbid cardiovascular and / or respiratory conditions, there is a deficiency in thermoregulation.

exceed a certain limit, being cold winter spells or heat waves, there is an increase in the number of deaths. In particular, it has been shown that at temperatures above 27 ° C, the daily mortality rate increases more rapidly per degree rise compared to when it drops below 27 ° C.

This is especially of relevance with the current emergency of global warming global warming will have a negative impact on primary producers and livestock, leading to malnutrition, which will in turn lead to a myriad of health related issues.

This is further exacerbated by environmental pollution. Public health measures that countries should follow should include not only health-related information strategies aiming to reduce the exposure to heat for vulnerable individuals and the community, but improved urban planning and reduction in energy consumption, among many others. This will reduce the carbon footprint and help avert global warming, thus reducing mortality."