A thermal anomaly between the Sahara and North Africa, over Tunisia and Algeria, with excaptional heat peaks of 51.3 degrees in on its way to Southern Europe. This heat wave has pushed north up to unusual latitudes and in the next few days there could be a data that in some ways can represent a record, that is a temperature of +30 degrees at 1500 meters on the Mediterranean Sea up to Sicily, in Southern Italy.

The extremization and tropicalization of the climate that the our country, in the middle latitudes, is suffering perhaps even more than others. And this Summer 2021 will be an example. From a climatic point of view, this anomaly is clearly one of the many symptoms of the global warming and the cliamte crisis.

From a weather point of view, this anomaly will accentuate the contrasts with the cooler air that is about to arrive from the north from the Atlantic in the form of hail, storms and pure tornado and Italy will in the middle between two opposing forces. 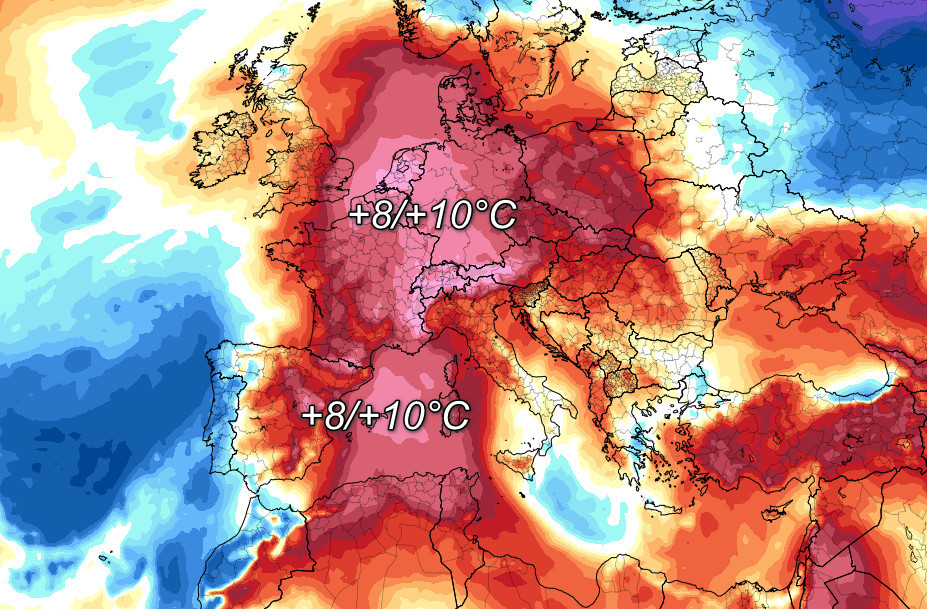 TODAY'S MOST POPULAR
ANIMALS
Tooth morphology on shark evolution across mass extinction
Antarctic fish as a global pollution sensor
THIS WEEK MOST POPULAR
CLIMATE CRISIS
Climate change and women's health
Saltwater crocodiles: how much can it grow
Penguins in Antarctica a threatened by increasing pollution
Spotted Greenland Shark in the Caribbean, far from its natural habitat
2022 year of the Tiger: population growing by 20%
The Dead Sea could dry up by 2050
Latimeria: sightings, finds, mysteries