Due to climate change and consequent global warming, plants are gradually invading the alpine peaks, usually bare and covered with ices. A recent study conducted by researchers from ARPA Valle d’Aosta and coordinated by the Alpine Ecology Laboratory of the University of Grenoble analyzed the process of greening of the areas above the tree line, considered up to now without real wood formations.

The research was based on a comparison of satellite images from which the NDVI (Normalized Difference Vegetation Index) parameter was calculated. In summary, the changes in vegetation cover that occurred above the tree lines in the European Alps from 2000 to 2020 were assessed.

ARPA wrote in a statement: "It is one of the lesser known effects of climate change: the plants climb up the mountains and gradually colonize the high altitude areas, with the consequence that the peaks become greener.

Most of the ecosystems located above the edge of the forest has shown a strong tendency towards greening in the last 20 years, but the phenomenon is much stronger in some areas of the Alps. This is the case of some massifs in the southern Alps, in the central Alps.

This phenomenon is particularly strong in the upper valley area.On a more local scale, the process is stronger in the detrital slopes facing north above 2000 meters, where, thanks to these particular conditions, the dynamics of plant re-colonization is very strong.

In fact, the typical plants of these inhospitable environments are those that are able to take advantage of the climate changes in progress more favorable conditions for plant growth, but ecosystems can react more or less strongly and rapidly: their response is modulated by local conditions such as the duration of snow, the availability of water, the fertility and stability of soils and human activities.

Considering all these factors, it will be possible to analyze in greater detail the causes of the spatial variability of greening and the consequences on biodiversity and the functioning of Alpine ecosystems." 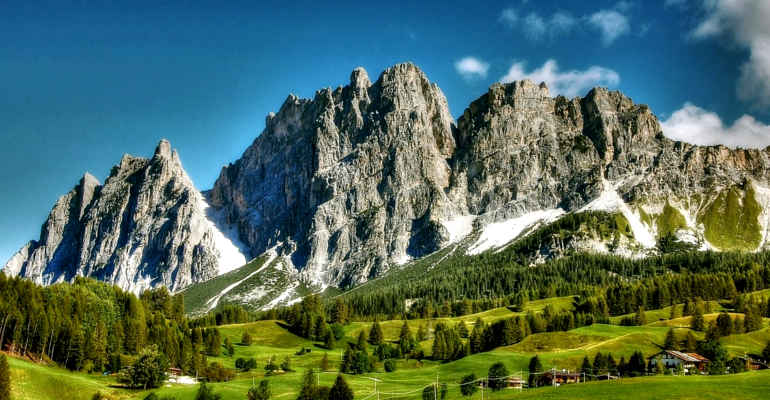 One third of the sharks are threatened with extinction

Of these, 38,543 are at risk of extinction, 28%. 37% of shark and ray species are at risk of extinction due to fishing, marine habitat degradation and global warming, according to IUCN. IUCN Director General, Bruno Oberle, said: "The update of the Red List is a powerful signal that, despite the growing pressure on our oceans, species can recover if states are truly committed to sustainable practices."

As for the other species, according to IUCN, global warming, and the consequent increase in sea levels, according to the IUCN will reduce the habitat of the monitor lizard by at least 30% in the next 45 years. Additionally, while the population of Komodo National Park is currently stable and well protected, monitor lizards outside protected areas are threatened with significant habitat loss due to advancing human activities.

Four species of tuna, threatened with extinction due to intensive fishing, are recovering, thanks to the adoption of sustainable fishing quotas by many states and the fight against illegal fishing.