According to a report made by Ember and the German agency Agora Energiewende, for the first time in Europe, in 2020 renewable sources overtook fossil fuels for the production of electricity. According to the study, renewable energies grew from 34.6% to 38%, while those from fossil fuels fell to 37%.

The report says wind and solar will need to increase at a faster rate in 2021 if the recent coal declines are to be sustained. Despite the pandemic, gas production decreased by just 4% and nuclear production by 10%. According to the paper, these figures mean that European electricity was 29% less polluting than in 2015.

The EU has set a zero-carbon target at 2050, but according to the study, the pace is still too slow to reach it, as is the intermediate pace of reducing greenhouse gases by 55% by 2030. According to the Ember-Agora Energiewende report, in 2020 wind energy in Europe increased by 9% and solar energy by 15%.

Together, they have generated a fifth of Europe's electricity. In order to achieve the objectives set by the EU, according to the authors of the study, the growth of wind and solar generation must almost triple, from 38 Terawatt / hour of average growth per year in the ten years 2010/2020 to 100 in the decade just started.

As for energy from fossil sources, coal production fell in 2020, halving compared to 2015, continuing a trend already underway before the pandemic. Half of the decline in 2020 is due to the decrease in demand for electricity. 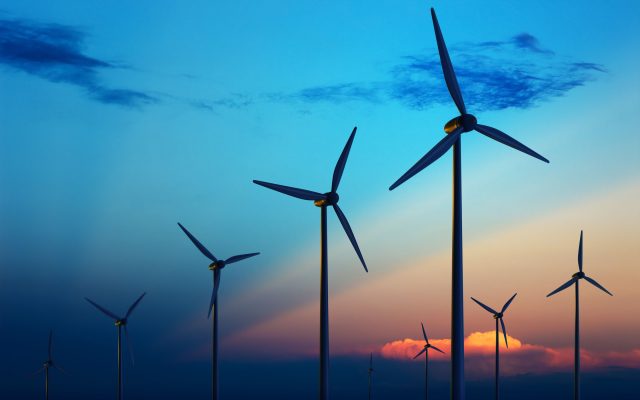 Photoluminescence is a clean and renewable source of energy for environment. Photoluminescent concrete is a concrete for flooring with an architectural and photoluminescent effect, capable of absorbing solar energy and re-emitting it as a light source at night.

These concretes are, therefore, ideal for slow mobility, for example for the construction of sidewalks, pedestrian and bicycle paths, squares and parking lots in areas with poor lighting. The low heat of hydration concrete is designed for massive castings in order to counteract the risk of cracking, ensuring high durability.

Once cast, in fact, the concrete hardens thanks to the hydration reaction of the cement. This process produces a certain amount of heat. In the case of massive structures such as foundations, the heat produced is high and there is an increase in the risk of concrete cracking, with negative consequences on the structure itself.

This is why in such situations a cement is used which is capable of developing little heat and therefore avoids the risk of cracking of the concrete. It is a product that combines efficiency in production, quality and safety of the result with a reduced environmental impact, thanks to the low clinker content.

There is also photocatalytic concrete, which thanks to photocatalysis is able to accelerate the oxidation processes already existing in nature, favoring a more rapid decomposition of pollutants. Used in an urban environment it contributes to the improvement of air quality and to keep the surfaces of buildings clean. Photocatalytic concrete, in fact, avoids the accumulation and adhesion of pollutants to the surface.