Environmental disaster in Peru, following the tsunami related to the explosion of the volcano in the Tonga Islands. The country has opened an investigation into environmental pollution against the Spanish multinational Repsol for a spill of about 6 thousand barrels of crude oil on the central-northern coasts of the country, caused precisely by the tsunami following the volcanic outbreak 10 thousand kilometers away.

President Pedro Castillo went to one of the affected beaches saying: "Repsol must take responsibility for what has happened." 6 barrels of crude oil ended up in the sea. The oil has passed the protections and the currents have dragged it towards the Ancón Marine Reserve.

Environment Minister Rubén Ramírez added: "It's a shame. I see there is a serious impact on the coastal marine area. Initially two and a half kilometers of damage were reported, but now we see that it has also hit two beaches.

" The long eruption of the Hunga Tonga-Hunga Ha'apai volcano was so powerful that it could be felt up to several hundred kilometers away, with roars and explosions of smoke and ash. The eruption triggered a tsunami that also reached the Hawaiian Islands, the coasts of Japan and California, where, according to the National Tsunami Warning Center, the emergency has already disappeared. 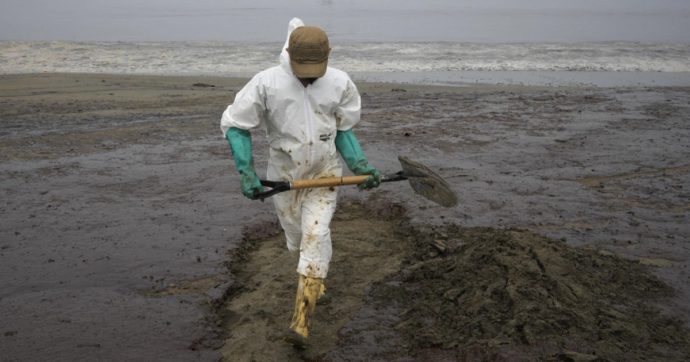 The climate crisis and the relationship with neurological disorders

Climatologists calculate that the release into the atmosphere of quantities of CO2 above a certain limit value would involve a series of incalculable events, described with the term hothouse earth.

Already a rise in temperatures of two degrees, set as the maximum limit by the Paris Agreement, could have negative effects for life on the planet. If average emissions of approx. 40 gigatons of CO2 equivalent the value corresponding to the year 2017, humanity has a few years left, depending on the carbon budget considered, before completely exhausting the amount of CO2 available; after which it would no longer be allowed to emit any type of greenhouse gas, due to the earth system's ability to absorb these gases only in the long term.

Neurological disorders vis-à-vis climate change is a study published on the Early human development, which tries to make a retrospective on the subject. "Climate change is one of the biggest challenges humanity is facing in the 21st century.

Two recognized sequelae of climate change are global warming and air pollution. The gradual increase in ambient temperature, coupled with elevated pollution levels have a devastating effect on our health, potentially contributing to the increased rate and severity of numerous neurological disorders.

The main aim of this review paper is to shed some light on the association between the phenomena of global warming and air pollution, and two of the most common and debilitating neurological conditions: stroke and neurodegenerative disorders.

Extreme ambient temperatures induce neurological impairment and increase stroke incidence and mortality. Global warming does not participate in the etiology of neurodegenerative disorders, but it exacerbates symptoms of dementia, Alzheimer's disease (AD) and Parkinson's Disease (PD).

A very close link exists between accumulated levels of air pollutants (principally particulate matter), and the incidence of ischemic rather than hemorrhagic strokes. People exposed to air pollutants have a higher risk of developing dementia and AD, but not PD.

Oxidative stress, changes in cardiovascular and cerebrovascular haemodynamics, excitotoxicity, microglial activation, and cellular apoptosis, all play a central role in the overlap of the effect of climate change on neurological disorders.

The complex interactions between global warming and air pollution, and their intricate effect on the nervous system, imply that future policies aimed to mitigate climate change must address these two challenges in unison. "