This was announced by the Archaeological Park of Pompeii and the Public Prosecutor's Office of Torre Annunziata. The discovery took place during excavations begun in 2017 in the suburban villa of Civita Giuliana and in the light of the Memorandum of Understanding signed in 2019.

As the archaeologists explain, the chariot was found in a two-storey portico, opening onto an uncovered courtyard, which preserves in all its entirety the charred wooden floor with its warp of beams.

The new wonder of Pompeii

The announcement said that it is a ceremonial chariot, miraculously spared both from the collapses of the walls and roofs of the environment and from clandestine activities, which with the excavation of two tunnels have touched it on two sides, without compromising its structure.

Facebook page of the Archaeological Park said: "An exceptional find, not only because it adds an extra element to the history of this house, to the story of the last moments of life of those who lived in the villa, and more generally to the knowledge of the ancient world, but above all because it returns a unique find, never found in Italy so far, in excellent condition."

Minister of Culture Dario Franceschini said: "Pompeii continues to amaze with its discoveries and will remain so for many years with twenty hectares still to be excavated. can do research, training and studies, and a young director like Zuchtriegel will enhance this commitment."

Massimo Osanna, outgoing Director of the Archaeological Park, added: "It is an extraordinary discovery for the advancement of knowledge of the ancient world. In Pompeii vehicles for transport have been found in the past, such as that of the Menander's house, or the two chariots found in Villa Arianna, but nothing like Civita Giuliana's chariot." 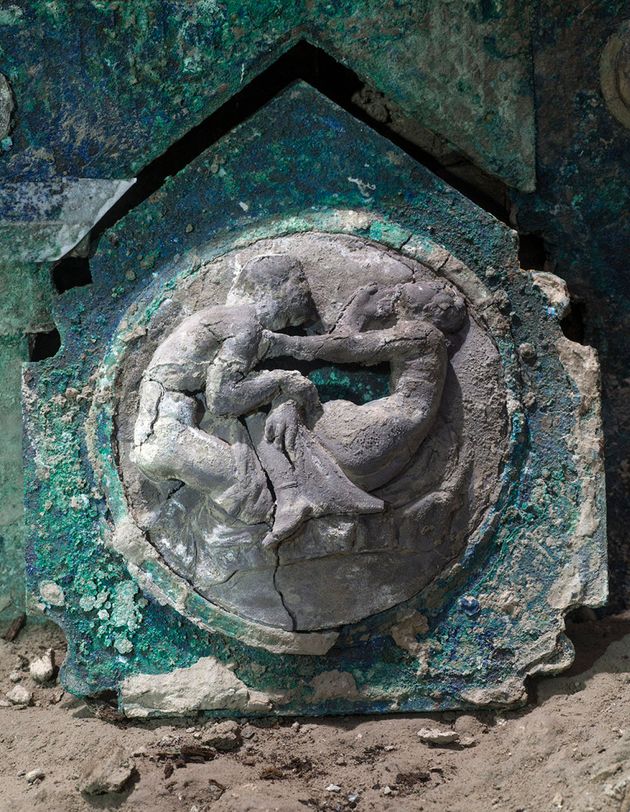 TODAY'S MOST POPULAR
CLIMATE CRISIS
3% of ecosystems are intact: the rest is climate crisis
Over 1.5 °C: the Paris threshold will be exceeded
THIS WEEK MOST POPULAR
ANIMALS
Bald Eagles are dying from rat poison
Japan will release contaminated water from Fukushima into the sea
Colorado River towards the total loss of water
Pets and Therapy Animals in the Hospital
Dog-assisted in care homes: what you need to know
Himalayan forests burned by wildfires
Microplastics in the air have contaminated the entire US