Greenpeace develop a new technique to identify unauthorized GMOs. Greenpeace, together with a group of associations committed to the topic of GMOs and a large-scale distribution company, unvealed the development of the first open source method.

It wsas described in the scientific journal Foods, which in the laboratory identifies crops that have been genetically modified through the new genetic editing techniques and considered new GMOs.With the identification of a new method that will allow the authorities, from now on, to identify unauthorized genetically modified crops.

The announcement is from Greenpeace which, together with a group of associations involved in the topic of GMOs and a large-scale distribution company, reveals the development of the first open source method capable of detecting crops in the laboratory that have been genetically modified through the new genetic editing techniques and considered new GMOs.

The new method was published in the scientific journal Foods. The system is able to detect a herbicide-resistant GM rapeseed that has been developed using genetic editings. Until now, EU countries had no way of detecting the presence of this GM rapeseed cultivated in some parts of the United States and Canada, among the imported ones. 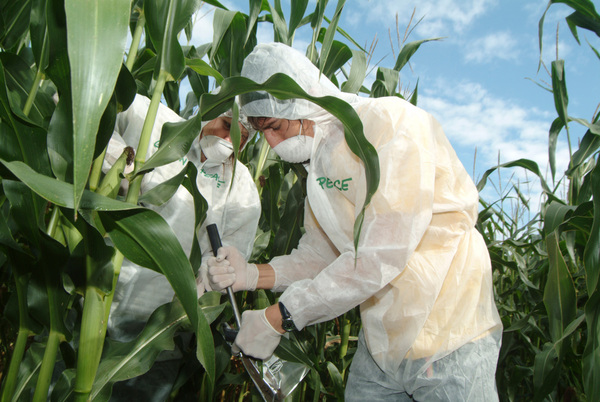 In a previous article we talked about the foods that make us age. Researchers from the University of Navarra, Pamplona and Madrid analyzed data which provided both saliva samples for DNA analysis and accurate records of what and how much food industrial hired on a daily basis.

There is a relationship between premature organic aging and the consumption of ultra-processed foods, those industrial products with a long list of ingredients, attractive and colorful, frozen or not, sweet or savory and increasingly used by those who do not want to, and often not he has time to devote himself to preparing meals.

According to a study presented at the European and International Congress on Obesity and published in the American Journal of Clinical Nutrition, those who consume more than 3 servings per day of super-processed food rich in sugars, salt, saturated fats, additives, dyes, preservatives etc, is twice as likely to have shorter telomeres.

As if to say that an excessively industrialized diet could age our cells faster. Upf like sweets, drinks and snacks are not modified foods but industrial formulas consisting largely of substances derived from foods and additives.

Unlike fresh and quality food, highly processed products - whose consumption is increasing around the world while that of fresh foods is decreasing are ready for consumption, have long expiration dates, sweet or salty which are generally very tasty, which also favors the repurchase.

In short, we are talking about convenient products: certainly convenient for those who produce them, and this is obvious. But also for those who buy them: although anything but in terms of health. Several studies published before this one we are talking about have already associated the consumption of UPF with important chronic diseases: hypertension, obesity, metabolic syndrome, depression, type 2 diabetes and different types of cancer.