Google, after months of research, the Mineral project, a complex software system that will help the agriculture. Among the first fruits of this work is an agronomist robot that plows through agricultural fields thanks to solar energy and is able to examine each plant in the growth phase thanks to a series of ultra-sensitive cameras and other sensors, and which crosses photos and on-site observations with satellite, meteorological and soil data.

The Google Robot that will help agriculture

The Google Robot is supposed to provide growers with information about their crops in a level of detail that has so far been essentially impossible. That is, focusing on individual plants, their characteristics and any problems caused by the climate or pathogens.

This will be the robot's mission: to help farmers and offer them useful information quickly. The robot can be built in different shapes and sizes to adapt to the type of crop to be analyzed. The analysis will be in-depth, and will help farmers to also know (even) the size of the leaves and fruits or the height of the seedlings and crop yield predictions. 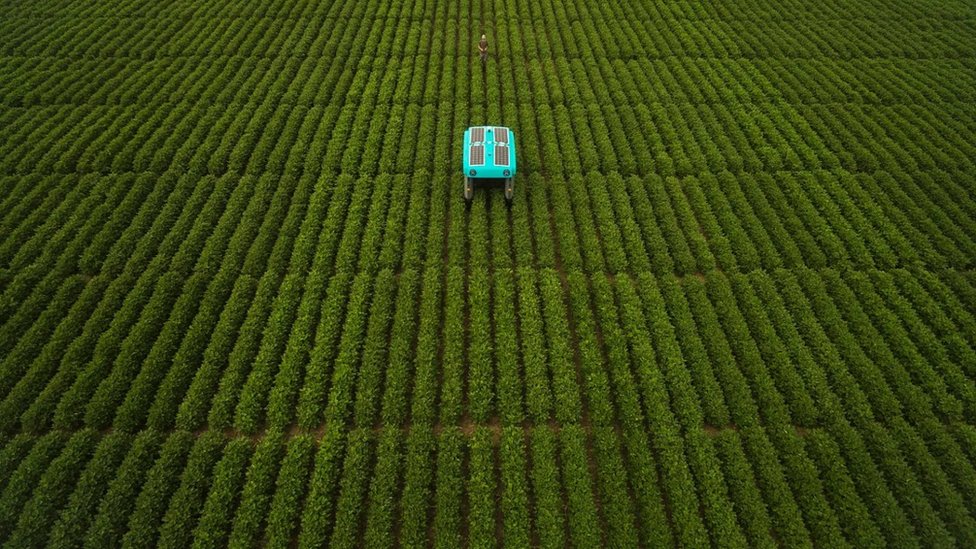 Meanwhile we told you how the Italian water reserves, thanks to global warming, have lost 13% of their surface in the last twelve years alone. From the enormous regression of the Gran Paradiso glacier front to the estimates of that of the Marmolada which could disappear within 15 years.

recent estimates that indicate a loss of between 30 and 60% of the surfaces. Today our centuries-old reserves, fundamental for the balance of ecosystems and a source of wonder and tourism for visitors to the Alps, are increasingly smaller, black, rich in polluting microplastics, covered with debris and thinned in thickness.

We talked about this situation already some days ago. In general the Alpine Glaciers are increasingly in danger. This emerges from a researchof the University of Zurich, the University of Grenoble and ENVEO IT Gmbh. The study was published on Earth system Science Data.

This is the first study in which all alpine glaciers are surveyed using a shared and standardized methodology as much as possible. Having accurate and up-to-date data is important to evaluate the regression of glaciers over time and to develop forecast models to obtain indications on the sensitivity of glaciers to climate change and the consequences for the availability of water for civil use and the production of hydroelectric energy.

The researchers have elaborated the data with a technique that allows to delineate also the black glaciers, ie those covered by a consistent layer of debris, which are increasing in the Alps and are difficult to identify by satellites.

Comparing the data of 2003, the losses were of 13.2%. If we then compare these new data with those of the previous century, or with the first Italian Glacial Cadastre compiled in 1960 by the Italian Glaciological Committee, the reduction of Italian glaciers is even equal to 200 km2, a surface slightly less than that of Lake Maggiore.