Flat and flush systems were created in London by the startup Trojan Energy, there are 150 of their own columns for recharging invisible or retractable electric cars, an absolute novelty in terms of energy. Trojan Energy has announced the installation of the first 5 units on Mortimer Road, in the London borough of Brent.

The other 150 columns will be installed in the coming weeks between Brent and Camden Town. British Transport Minister Rachel Maclean said: "Innovation is the key to creating cleaner and greener local communities, not just in the capital, but across the country.

This project is a prime example of how technology is being used to solving a real-world problem by ensuring that our EV infrastructure fits seamlessly into cities and towns. This is key to building greener and encouraging more people to make the switch."

But how do the columns work? The retractable system has a series of Trojan connectors installed near the edge of the pavement and flush with the surface. The connectors are connected to a power supply cabinet connected in turn to a three-phase mains power supply.

The connector does not activate until a connection is established with the vehicle through a device that will be delivered to the owners of the vehicle. 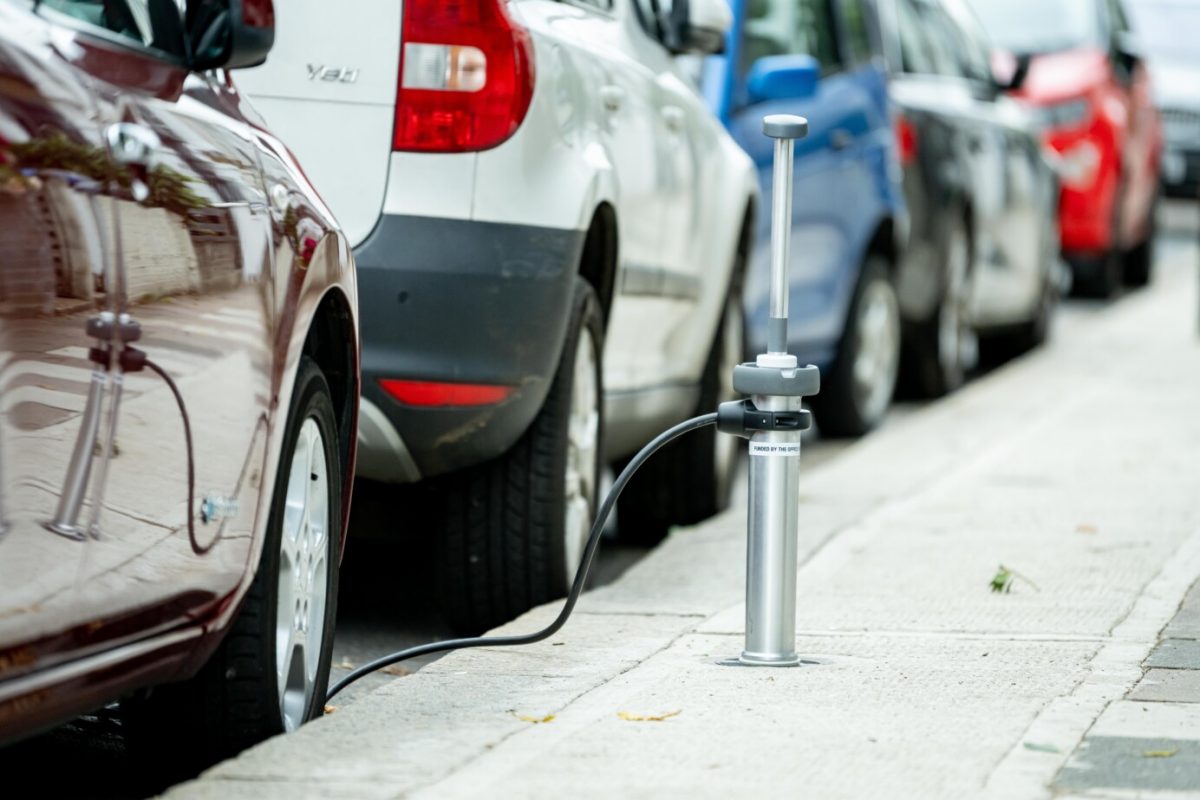 Electric clothes dryers source of microfiber pollution? 35% of the micro-fragments of plastic that pollute the seas and oceans come from the washing of our clothing: synthetic clothing, which today accounts for 60% of global textile consumption, release large quantities of fibers.

Contaminating the food chain. According to IUCN, between 15% and 31% of the microplastics present in the oceans end up there directly in the form of fragments smaller than 5 millimeters, in one in four cases right through rivers.

The main source is washing in the washing machine: synthetic garments, which today represent 60% of global textile consumption, release large quantities of fibers, which from the domestic drain pass into purifiers. The article Electric clothes dryers: An underestimated source of microfiber pollution, published on PloS one, gives some interesting answers.

We can read: "Microplastics, particularly microfibers, are ubiquitous, found in aquatic (freshwater and marine) and terrestrial environments and within the food web worldwide. It is well-established that microplastics in the form of textile fibers enter the environment via washing machines and wastewater treatment effluent.

Less is known about the release of microfibers from electric clothes dryers. In this study we measure microfiber emissions from home installed dryers at two different sites. At each site the distribution of fibers landing on the snow's surface outside dryer vents and the weight of lint in dryer exhaust exiting dryer vents were measured.

This study establishes that electric clothes dryers emit masses of microfiber directly into the environment. Microfiber emissions vary based on dryer type, age, vent installation and lint trap characteristics. Therefore, dryers should be included in discussions when considering strategies, policies and innovations to prevent and mitigate microfiber pollution."