The effects on human health due to poor air quality mainly involve the respiratory system and the cardiovascular system, but not only. Individual reactions to air pollution depend on the type of pollutant a person is exposed to, the degree of exposure, the individual's health and genetics.

The study: The Adverse Effects of Air Pollution on the Eye: A Review, published on the International journal of environmental research and public health, said: "Air pollution is inevitably the result of human civilization, industrialization, and globalization.

It is composed of a mixture of gases and particles at harmful levels. Particulate matter (PM), nitrogen oxides (NOx), and carbon dioxides (CO2) are mainly generated from vehicle emissions and fuel consumption and are the main materials causing outdoor air pollution.

Exposure to polluted outdoor air has been proven to be harmful to human eyes. On the other hand, indoor air pollution from environmental tobacco smoking, heating, cooking, or poor indoor ventilation is also related to several eye diseases, including conjunctivitis, glaucoma, cataracts, and age -related macular degeneration (AMD).

In the past 30 years, no updated review has provided an overview of the impact of air pollution on the eye. We reviewed reports on air pollu tion and eye diseases in the last three decades in the PubMed database, Medline databases, and Google Scholar and discussed the effect of various outdoor and indoor pollutants on human eyes." 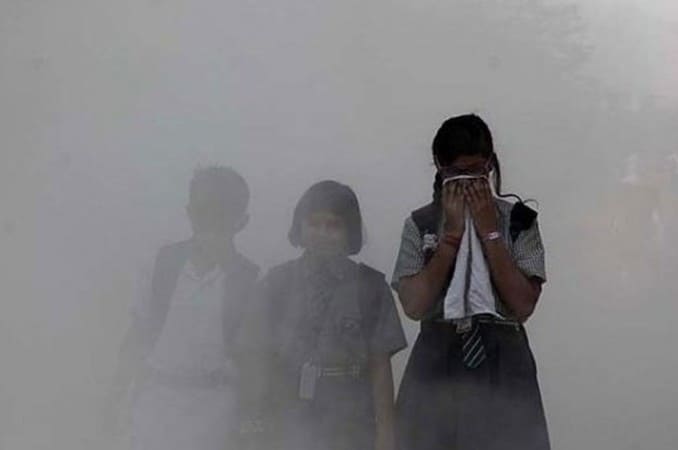 A new species of rainbow fish has been discovered in the Maldives, a magnificent specimen with astonishing colors. Scientist Ahmed Najeed in a study published in the journal Zookeys describes this new species of fish sighted in the twilight zone of the ocean, near the Maldives: "It has always been foreign scientists who have described species found in the Maldives without much involvement on the part of of local scientists, even those endemic to the Maldives.

This time it's different and being part of something for the first time was really exciting, especially having the opportunity to work alongside the best ichthyologists on such an elegant and beautiful species."

Pink-veiled fairy wrasse, Cirrhilabrus finifenmaa, is a bony fish belonging to the wrasse family that lives in the ravines of coral reefs, between 40 and 70 meters deep. The new species was first sighted in the 1990s, but until now it was believed to be the adult of another species already known to scientists, Cirrhilabrus rubrisquamis. However, morphological and genetic studies have determined that they are two completely distinct species.