Mercury in fish and some shellfish tends, in the highly toxic form of methylmercury, to accumulate and magnify. As a result, the longest-lived and top of the food chain species of fish such as marlin, tuna, shark, swordfish, king mackerel, tilefish and pike contain higher concentrations of mercury than others.

Many seafood products have been shown to contain varying amounts of heavy metals, particularly mercury and fat-soluble pollutants from water pollution. Mercury is known for its ease of bioaccumulation even in humans, as a consequence of bioaccumulation in fish and seafood that human populations eat, causing mercury poisoning.

Mercury is dangerous to both natural and human ecosystems, because it is a metal known to be highly toxic, particularly due to its ability to damage the central nervous system. The study: Human mercury exposure levels and fish consumption at the French Riviera, published on the Chemosphere, seeks to finalize his interest in a specific portion of France, the Riviera.

We can read: Humans are exposed to methylmercury (MeHg), a bioaccumulative neurotoxin, mainly through the consumption of marine fish. Several studies showed that high MeHg exposure can lead to neurological damage. This is particularly relevant for pregnant women, because MeHg exposure negatively impacts foetal development.

Populations living near the sea are generally at increased exposure risk due to higher consumption of fish and seafood. Here, we present the first study of MeHg exposure levels of the population living at the French Riviera, using mercury (Hg) concentrations in hair as a proxy for MeHg exposure.

We found that older people that consume more fish presented the highest hair Hg concentrations. Compared to other Mediterranean bordering countries and other European countries, the southern France population is among those with high MeHg exposure (median for women of childbearing age is 0.56 μg g-1).

A global implementation of the Minamata Convention is necessary to lower MeHg exposure of the population. 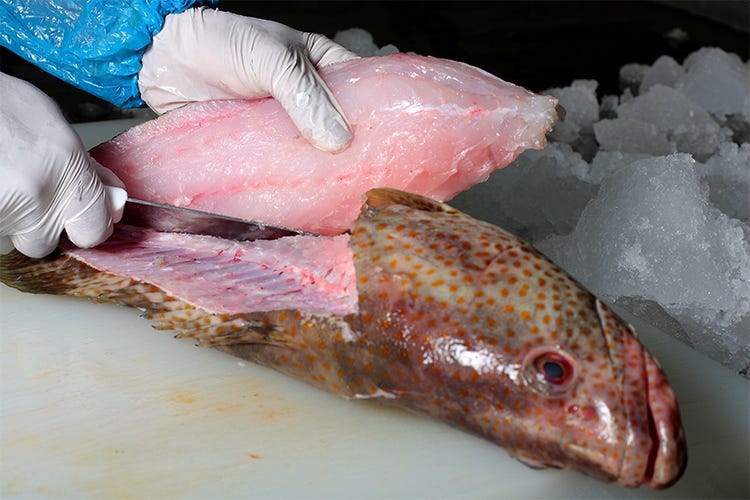 Microplastic in the stomachs of deep-sea fishes

The study: microplastic in the stomachs of open-ocean and deep-sea fishes of the North-East Atlantic, published on the Environmental pollution, tries to demonstrate how the damage caused by microplastics is now going to pollute every stratification of the oceans and land, descending to the depths of the abyss.

In the study we can read: "The presence of microplastic in marine fishes has been well documented but few studies have directly examined differences between fishes occupying contrasting environmental compartments. In the present study, we investigated the gut contents of 390 fishes belonging to three pelagic (blue jack mackerel, chub mackerel, skipjack tuna) and two deep-sea species (blackbelly rosefish, blackspot seabream) from the Azores archipelago, North-East Atlantic for microplastic contamination.

Our results revealed that pelagic species had significantly more microplastic than the deep -water species. In all of the species studied, fragments were the most common plastic shape recovered and we found a significant difference in the type of polymer between the pelagic and deep-water species.

In deep-sea fish we found almost exclusively polypropylene, whereas in the pelagic fish, polyethylene was the most abundant polymer type. Overall, the proportion of fish containing plastic item s varied across our study species from 3.7% to 16.7% of individuals sampled, and the average abundance of plastic items ranged from 0.04 to 0.22 per individual (the maximum was 4 items recovered in one stomach).

Despite the proximity of the Azores archipelago to the North Atlantic subtropical gyre, a region of elevated plastic abundance, the proportion of individuals containing plastic (9.49%) were comparable with data reported elsewhere."